So, that's me, in the third and final trimester and it seems to have come around really quickly.
It has helped that the second trimester occurred between Christmas and Easter, and they seemed so close together this year.
They were also great milestones to mark the key turning points in this second pregnancy.
And, as predicted, the second trimester was relatively good to me. It's the one most pregnant woman look forward to and it's no wonder why.
It's when the sickness and tiredness starts to ease and it's before the baby gets so big that you can barely move.
And the eight weeks which comprised months five and six have served me well.
There's very little to report bar the niggling pregnancy gripes and groans like leg cramps and a touch of insomnia.
However, I have been getting Braxton Hicks from week 24 this time, which I thought I was imagining them until I looked it up.
But no, it's perfectly normal to get these from week 26 or so, so I'm just a little ahead.
My cousin has just given birth to her second little boy and when I mentioned it to her she said she was the same.
And she had relatively quick labours, with number two coming in less than four hours from start to finish. I'm liking the sound of that so I'm grinning and bearing them.
But they are much more intense than any I had with Charlotte, and any I had with her didn't kick until the final two weeks.
In the main however, pregnancy has been treating me well. I am definitely one of the lucky ones who finds that their MS goes into remission while expecting and I'm enjoying feeling the best I have for some time.
However, it would be remiss of me not to mention the increasing sense of dread I am feeling as regards relapsing once the baby is born.
Most days, I try not to think about it, but it's such a real possibility that it can be difficult to ignore the voices in my head.
A few weeks ago I had my routine six month check up with my MS nurse Fiona and I mentioned to her that I was nervous.
She was incredibly helpful and reassured me that this was perfectly normal. She also allayed my fears as regards choosing a Disease Modifying Drug (DMD) going forward.
Ever since I gave up on both Rebif and Avonex, owing to their side effects, I have been tortured with the thought of having to try something else.
But Fiona was quick to tell me that this was something that didn't need to be my priority until after the baby arrives, and even then, to give myself some time before making that choice.
I am so relieved to know that pressure does not exist as I am so looking forward to those early weeks when the baby arrives.
It's a precious time that you never get back and I cannot wait to meet this new bundle of joy 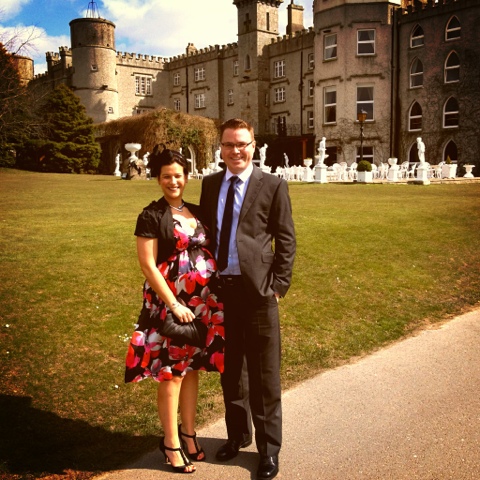