Yesterday I had my usual Wednesday morning of peace. This occurs when my aunt takes my two girls out to a local playgroup session and I manage to relax without having the baby monitor attached to my side, or a toddler asking repeatedly for sweets (until I inevitably give in, just for a bit of peace!)
But this week's Wednesday wasn't the usual. Instead I shopped a bit, spending money on the girls again, and lost the first hour trying not to think about the second.
It involved a trip to the local hospital to see my MS nurse Fiona, where she was all set up with my Copaxone start-up kit.
A lovely rucksack was presented to me, inside of which was the myriad of accessories that go with taking the medication.
These include a sharps box for the discarded needles; a mini sharps box for going on holidays with; two fancy pouches to keep the pre-filled syringes in, marked out with the days of the week; two gel packs for heating or cooling as I see fit; two auto-injectors; an injection diary; a DVD on the process and an instruction manual of sorts.
And sitting on the desk, one pre-filled syringe all ready for me to inject.
After a quick chat it was time to get started.
There are nine injection points available to me - two thighs, two arms, two bumcheeks and three areas below and to either side of my belly button.
I decided to start on my bumcheeks as I figured it would be a difficult enough spot to get to on my own and having some instruction from Fiona would only be a good thing.
And it wasn't too bad. The actual injection was easy enough in the end and I'm already preferring doing it myself instead of using an auto-injector which I've had previously.
It gives you more control and it was over in seconds. The only part that was hard going is the sting afterwards. It starts off as a tiny nip, growing into a serious enough sting but a few deep breaths and I was out the other side.
A red rash not unlike a nettle sting did appear after but it lasted about two hours at most and I was fine for the rest of the day.
It's some difference to Rebif and Avonex, both of which left me feeling groggy and as though I had the flu constantly.
I'm hoping to do my injections in the evenings from now on so will be giving myself the second dose tonight. Wish me luck! 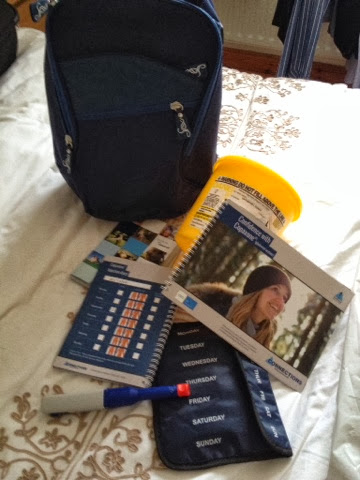