Ten days late but here's month four! I'll try harder to be on time this month.

One of the most annoying symptoms of MS that I have is one that's not exactly 'sexy'. Basically my bladder doesn't operate like anybody else's, if I need to go, I need to go and that happens a lot. In medical terms they call it 'urgency and frequency'. See, not very sexy.
It was one of the symptoms that presented itself WAY before I was diagnosed and the one that I was most thankful to have an answer for once I the diagnosis of MS was given. And I know that sounds a bit mad but honestly, I thought I was going mad before the diagnosis. In fact, I even had hypnotherapy because so many people had told me that my need to 'go' was in my head.
And it wasn't. Well, not like everyone thought.
Because essentially it was my head, but it was just the MS lesions. My bladder wasn't behaving because the signals from my brain are all out of sync.
And once I got the diagnosis I was finally given medication to help.
Once a day I take a little blue tablet and in the time that I have been given it, my bladder mostly behaves. At least 98% of the time.
Now, in pregnancy, I have stopped taking the little blue tablets and while I know it's incredibly important for the baby, I cannot say that stopping the medication was something I looked forward to.
It gave me my life back and I don't say that lightly.
However, as anyone who has been pregnant knows, your bladder is something that plays up and without my medication it has been doubly-hard to deal with.
But thankfully, in month four, the symptoms seem to be easing.
For weeks I was getting no proper sleep because I was up every two to three hours and combined with the normal tiredness I was starting to get down about it.
So, it's great to finally be past that stage.
Otherwise, month four has been quiet. The baby is growing but my normal clothes mostly fit, bar my trousers which need an elastic in the buttonhole to make them stretch a but more!
Cravings are minimal but I am eating more often. Smaller meals, but more often, because if I don't my tummy rumbles and I can't think straight.
But generally this pregnancy is going well and for that I am incredibly thankful. 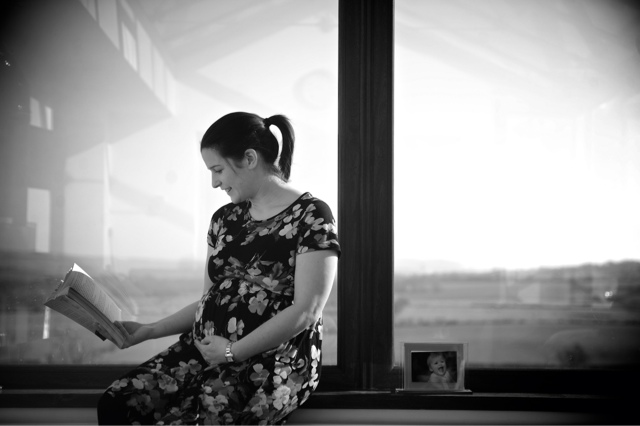 Photo courtesy of www.stephenlatimerphotography.com
Posted by Catherine at 20:26